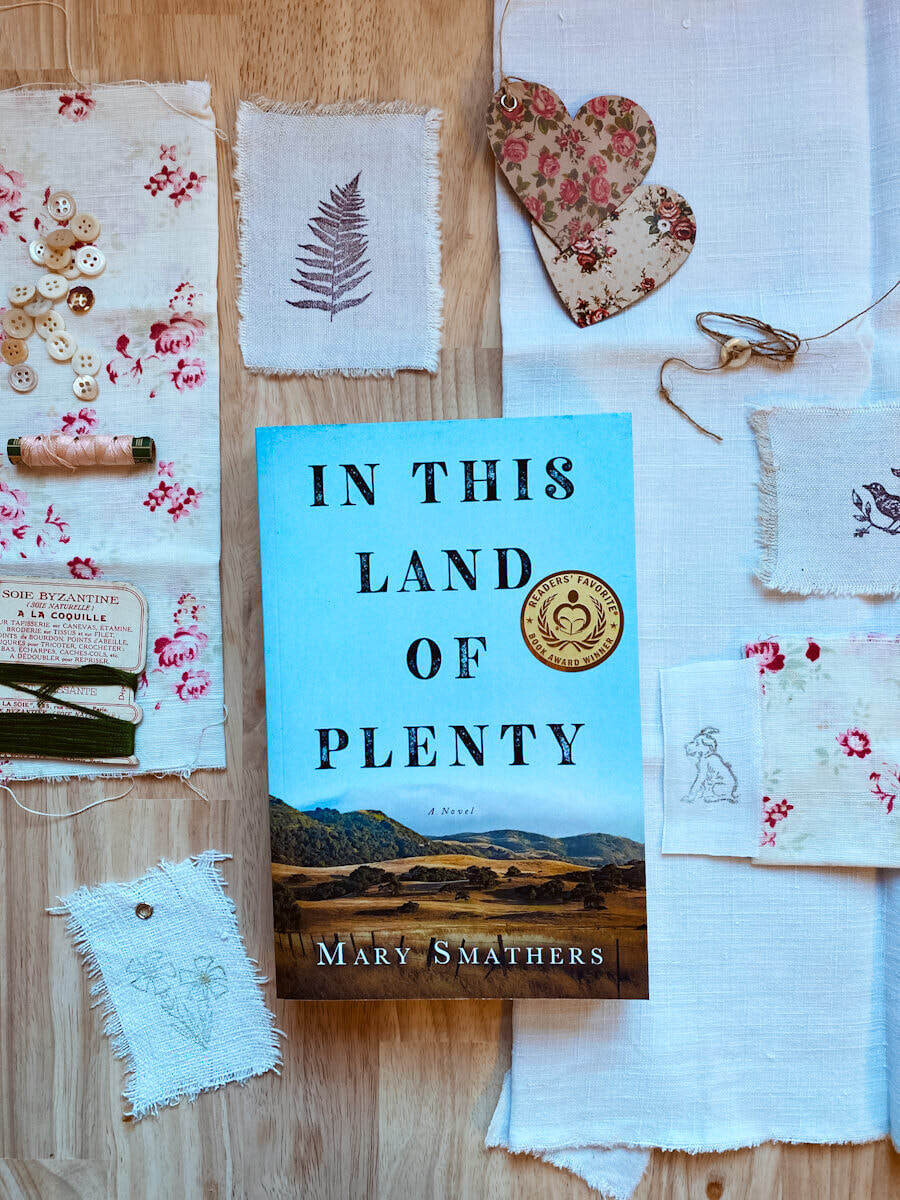 In This Land of Plenty by Mary Smathers

When twenty-something Nicole Sinclair stumbles on DNA reports that document an ancestry far different from her father’s narrative of a white, northern European background, she enlists the help of her great grandmother to investigate their roots. As they search, their true Californio ancestors come to life. They include a Spanish soldier in the Portola expedition to explore Alta California, a captured Ohlone native, and a girl whose family walks with the De Anza settlers eighteen hundred miles from Sinaloa to the San Francisco Bay.

In This Land of Plenty’s family saga introduces the diverse cast of characters and complex social issues that populate California’s rich history while drawing a direct line to today’s residents.

From A Local Author

Mary Smathers grew up in Los Altos, California, and graduated from UC Berkeley with a degree in Latin American Studies.

She earned a Master’s degree in Education and another MA in Educational Administration and Policy Analysis from Stanford University. From 1983 to 2013, she worked in public schools throughout California as a high school teacher, administrator, teacher trainer, grant writer, and educational entrepreneur, helping to found three education companies and a public charter school.

Since that time, she has focused on writing, publishing her first work of fiction, Fertile Soil: Stories of the California Dream, in 2016. In This Land of Plenty, her debut novel was published in July 2020. She divides her time between the Monterey Peninsula and Costa Rica, where she is at work on a sequel to In This Land of Plenty.

Save this product for later
Display prices in: USD

Book A HydraFacial In Monterey What I Wore for …

So In Love With …

How to Fake the …